One of the most inimitable songwriters of the past decade – Portland, Oregon’s Laura Veirs – returns with her ninth full-length album in August. Beautiful, lush and at times deeply dark, Warp and Weft captures the intensity of motherhood, love and violence. Primarily electric-guitar driven, it is a fever dream of an album and could well be Veirs’ best work to date, building on the uniform praise and commercial success of 2010’s “July Flame”. Below you can check out the album’s opening track, which features Neko Case on backing vocals.

The recording of ‘Warp and Weft’ (a weaving term) was a community effort. Produced in Portland in March 2013 by Veirs’ longtime collaborator Tucker Martine, the album features Jim James, KD Lang, Neko Case, Brian Blade and members of The Decemberists and many more.

Veirs sings not only of mid-winter suns, white blossoming cherry trees and melting ice, but also suicide, gun violence and war. She weaves threads of old folk songs including “Motherless Children” as well as stories of folk-art hero Howard Finster and jazz harpist Alice Coltrane. “I think of this record as a tapestry where disparate elements come together and are stronger and more lovely as a result,” says Veirs.

Veirs was eight months pregnant with her second child during the recording; she says her experience as a mother brought about some of the more beautiful and painful songs. “I’m haunted by the idea that something terrible could happen to my kids but that fear pushes me to embrace the moment. This record is an exploration of extremes – deep, dark suffering and intense, compassionate love.”

Warp and Weft will be released 19th August 2013 on Bella Union.

One of the two brand new songs on the 7″ is ‘Stay True’ is streaming now on the band’s Soundcloud, which you can hear above. “For this track, we wanted something a little slower but just as intense as the other song”, say the band. “Gang vocals are an important part of this song”.

The band have been busy demoing and recording songs for their forthcoming debut album – which will also be released on Bella Union – as well as working on the EP artwork and accompanying video for ‘Stay True’. As The Quietus stated last year “PINS are a constant stream of ideas”. The sessions for the album were conducted in a stone room in Liverpool, which lent its distinctive reverb, and recorded directly to tape. This refined, raw, ‘live’ sound is perfectly encapsulated in new single ‘Stay True’ / ‘Get With Me’.

There has been a subtle reshuffle in PINS line up in recent months, as the band explains: “We were sad to see Lara go, but we wanted her to do what made her happy and not hold her back from that. Having Lara with us from the start was integral to us finding our sound and our confidence as musicians, and we’ll love her forever”. Commenting on the new member. . “When we met Sophie we all clicked.  Sophie is a musician by trade and is really focused on being in the band and making it work. We’re all really dedicated and put a lot of time in – did we mention we are a Girl Gang?  Sophie has lots of touring and recording experience, which has been great for us”.

Since the release of their acclaimed ‘LuvU4Lyf’ EP, PINS have toured extensively across the UK and Europe. They’ve also put on their own shows at the notorious SWAYS bunker, in Salford, as well as recruiting some of the brightest lights on the Manchester music scene to release on their own label, Haus Of PINS. Music from the likes of Abjects, September Girls and Female Band is will appear soon on a series of limited edition cassettes released by Haus Of PINS. 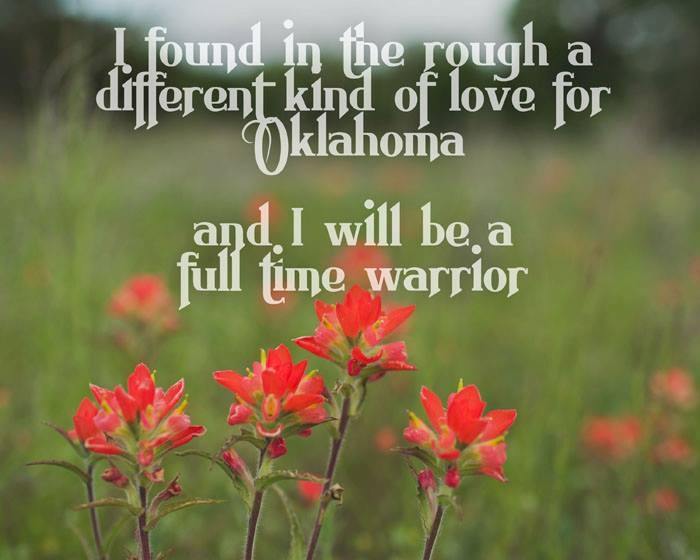 A note from Cameron, of Horse Thief:

“Our hearts are broken for the lives and homes lost in the recent tornadoes that destroyed so much of the land we love. We feel helpless since we were on tour during the storms, and have decided to put up our song “Warrior(Oklahoma)” for a minimum $1 donation to help raise funds and spread awareness for the relief effort in the damaged areas.”

A note from Simon, of Bella Union:

Having known Cameron and Horse Thief for a couple of years now i know how much Oklahoma means to them and similarly how much the cities of Oklahoma and the people there have taken Horse Thief to their hearts and I also know that being away on tour when tragedy hits like this back home, you feel helpless and guilty and mostly absent. The song “Warrior (Oklahoma)” was the first song of theirs I heard and I’ve always loved the rallying cry aspect to it. In the light of the awful events of the last few days, the lyrics seem eerily prophetic and both Cameron and I felt immediately we would like to do SOMETHING to help those in need, be it food, shelter, or clothing. The track “Warrior (Oklahoma)” is going to be put up on a special Bandcamp page where 100% of the money raised will go to the relief projects ongoing. . . . .”

Following the success of their critically-acclaimed debut ‘Gracious Tide, Take Me Home’ for Bella Union in 2011, Lanterns On The Lake return with a new single from their forthcoming second album, due for release late Summer. Another Tale From Another English Town is the Newcastle band’s most strikingly beautiful statement yet, their trademark dream-folk swoon delivered in more intensely concentrated form.

The equally beautiful video by director James Alexander Grieves mirrors the song’s elegy for the inevitable end of youthful innocence, and the hard times ahead. “I think the way things are going in this country, it’s going to be hard for people not to write music that carries some of that weight,” says singer / lyricist Hazel Wilde. “While we were making the record a lot of our friends were losing their jobs and there were some drastic cuts being made, especially in our part of the world”.

Lanterns On The Lake will be embarking on a short UK tour in June, including a London Scala performance: