Bella Union is thrilled to announce the signing of Wild Nothing who returns this summer with second album Nocturne, the follow-up release to his acclaimed debut ‘Gemini’. 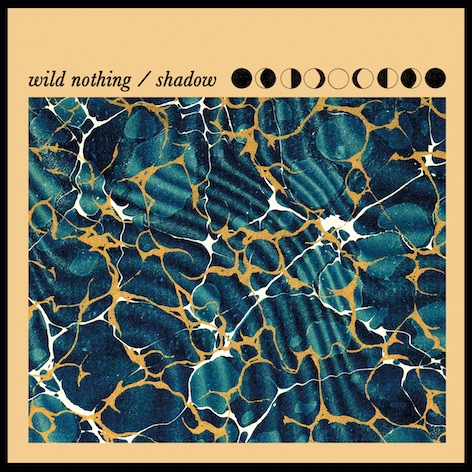 Ask Jack Tatum what ‘Wild Nothing’ means and he’ll answer: ‘a contradiction’. In 2010, 21 year old Tatum released one of the finest cult pop records of the summer whilst ensconced in his senior year of college in Blacksburg, VA, a small mid-atlantic town better known for producing football fans and engineers than musicians. Tatum lives in contradictions. You’ll often hear Wild Nothing referred to as a ‘one man pop band’. Jack creates in the studio, alone. On the road, he’s with a band. There are two Wild Nothings.

The critically acclaimed debut ‘Gemini’ was underpinned with summery childhood longings, and shot through with the instant dichotomy of anxiety and almost whimsical paranoia. The album, which was home recorded by Tatum and rooted heavily in 80’s indie-pop, quickly gained popularity through the internet. Tatum assembled a band of Virginia friends and hit the road for the first time. ‘Gemini’ showed a promising future for a songwriter who wore his influences on his sleeve while still approaching pop craftsmanship in his own way. When asked about it in regards to ‘Nocturne’, Jack states: “I don’t think it’s going to be a secret to anyone that I care about pop music, but it’s definitely more my sense of what pop music used to be or even what pop music would be in my ideal world.”

The new album ‘Nocturne‘ is a window into Tatum’s “ideal world” of pop music. ‘Gemini’ was written before there were Wild Nothing fans or even a live band; ‘Nocturne’ is different. With an unexpected fanbase to turn to, Jack spent more time perfecting his craft. The obsessiveness of ‘Nocturne’ is inherent in it’s gentle harmonies, orchestrated synths, wandering voice, and songs that speak of his post-Gemini experiences as he explores new paradoxes of pop.

Prior to this the track ‘Shadow’ will be released as a 7″ single on 6th August.

You can listen to ‘Shadow’ here: