Following their festival-slaying performance at Alexandra Palace last weekend, DIRTY THREE have just announced a headline show at Shepherd’s Bush Empire in November in support of their career-best new album, Toward The Low Sun.

Ahead of this Warren Ellis and co will be visiting these shores next week to play a long-sold-out intimate show at Cargo and to headline the No Direction Home festival in Nottinghamshire.

Bella Union records are excited to announce the release of the much-anticipated debut album from POOR MOON on 27th August 2012.

Poor Moon is a band comprised of longtime friends Christian Wargo, Casey Wescott, and brothers Ian and Peter Murray. And Poor Moon is the title of their full-length debut. But before there was a band or a record, there was the music, a series of songs forged by Christian Wargo over a period of several years. That’s one of the things that makes Poor Moon sound so special: this band grew out of the songs, not vice-versa.

“I’ve known Christian for so long, and have loved his songwriting as long as I’ve known him,” says Wescott. The two men previously played together in Pedro the Lion and Crystal Skulls; both are members of Fleet Foxes. For the past few years, he and the Murray brothers had been transfixed by the solo recordings Wargo periodically shared with them.

Thanks to their affinity for warm, earthy tones the music of Poor Moon can sound deceptively simple. Assorted timbres decorate these tenoriginals—marimba, harpsichord, fretless zither—but this isn’t everything-but-the-kitchen-sink arranging. Whatever the instrumentation, the sense of choosing the right tool for the job always prevails. Thoughtful, impassioned vocal harmonies further reinforce the myriad musical bonds at play.

Likewise, the considered manner in which the words and music coexist, often despite seeming incongruities of mood, accounts for the distinctive character of the songs. The stretch between 2008 and the present when they were composed includes some of the most tumultuous episodes in Wargo’s life. Yet Poor Moon handles even the heaviest topics, including death, addiction, and spirituality, with a certain lightness. “The way I deal with those is by drawing attention to the mystery and enjoying the whimsical aspects, but without being cute or precious about it,” Wargo explains.

Poor Moon is released 27th August on Bella Union in the UK/Europe and Sub Pop in the US.

Etsy premiered the new animated video for ‘Eyeoneye‘ from Andrew Bird‘s most recent record, you can watch the video below:

Andrew Bird plays the Roundhouse this November 8th, and Break It Yourself is available now in the Bella Union store.

New Zealand songwriter / producer Lawrence Arabia returns this July with The Sparrow, the follow up to the critically-acclaimed and award-winning Chant Darling. One of the album’s many highlights is the irresistibly catchy track Travelling Shoes which has just been made available to stream or download from Lawrence Arabia’s website.

Click on the link below to check it out:

‘Heaven‘ is taken from the upcoming album of the same name, out June 4th.

The video is directed by Alex Southam and was premiered over on Pitchfork.

You can pre-order the album now from the Bella Union store.

Following excellent reviews for sixth album A Wasteland Companion, M Ward has announced a London headline performance at KOKO in early July, backed by his full band, to complete a run of European shows and festivals. 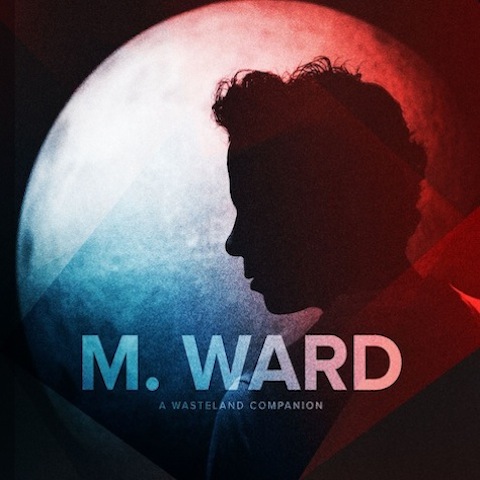 A Wasteland Companion is out now and available in the Bella Union store.