The Line of Best Fit have premiered a stream of Poor Moon‘s ‘Illusion’ EP. Head over to hear it and read their write up. The stream will be limited for a couple of days only, so listen while you can! You snooze, you lose! 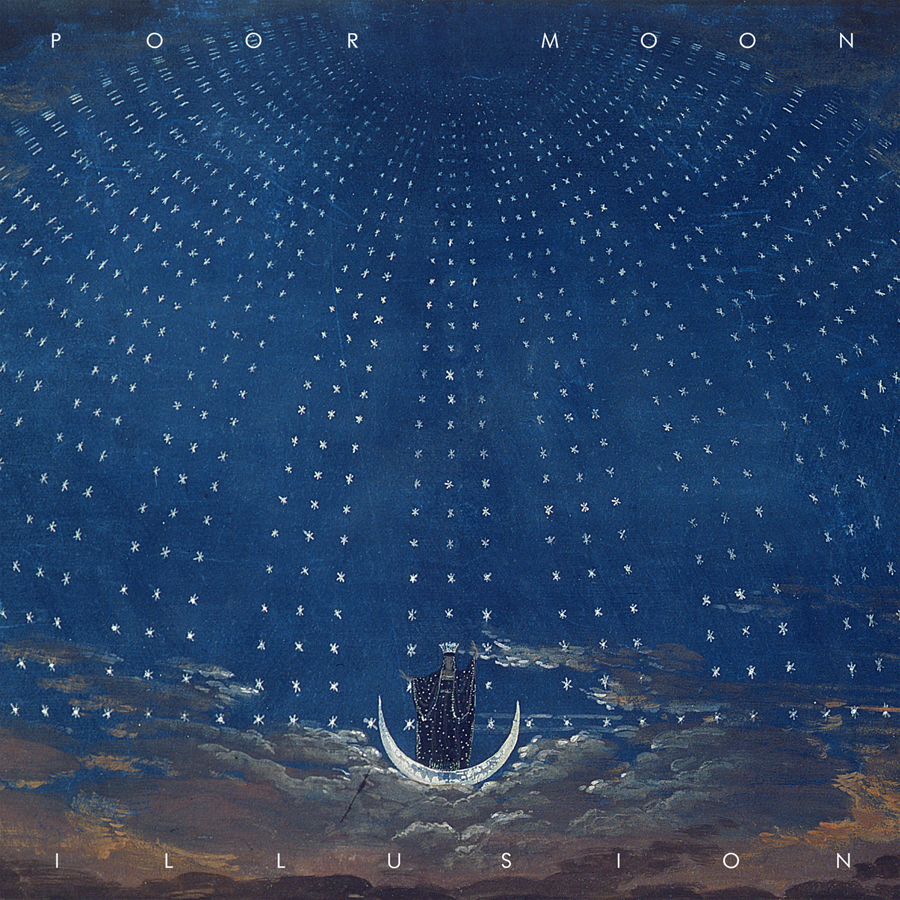 Poor Moon is Christian Wargo (Fleet Foxes, Crystal Skulls), Casey Wescott (Fleet Foxes) and brothers Ian and Peter Murray (The Christmas Cards).  The band, named for frontman and primary songwriter Christian Wargo’s favorite Canned Heat song, began four years ago as a long-distance project with demos being created and sent back and forth while Wargo and Wescott were touring in support of the Fleet Foxes 2008 self-titled debut and Ian and Peter were living in the Bay area. Their first shows were at intimate Seattle house parties where they used playful throwaway monikers like Rabbit Kingdom and Cookie Mask. It wasn’t until the band opened up for Daekon at Seattle’s Neumos that things began to really take form. Recording began and the four longtime friends became a band and Bella Union (and Sub Pop in the US) didn’t hesitate to pursue them with unabashed enthusiasm. And it worked!

Illusion was recorded in a variety of bedrooms, practice spaces, the Murray residence, as well as AVAST! and Fastback studios in Seattle, Washington with the help of engineer Jared Hankins with guest performances by many a musician friend.